Good news, everyone: I actually liked Australia!  I feel so loyal to New Zealand after living here for five months that I thought the Kiwis might have permanently prejudiced me against the Aussies (it’s quite a rivalry, you know).  I unfortunately do not have time to give a super-detailed account of my eleven days on the other side of the Tasman, but you’re probably not complaining.  So here’s the finals-week-style overview:

First, Montana and I went to Cairns for five days and did a three-day dive trip out on the Great Barrier Reef.  It was honestly one of the most incredible experiences of my life!  Everyone else on the boat was just amazing and it was fun to get to know so many different people… and the diving, of course, was unbelievable. 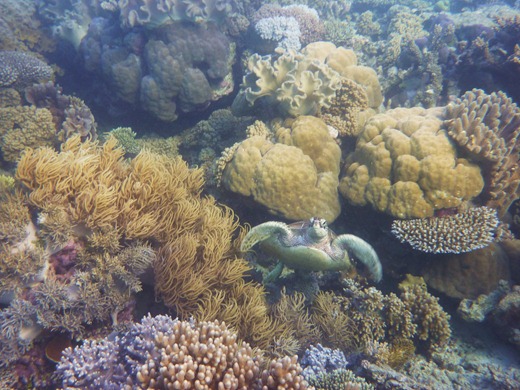 I did night dives, deep dives (to 30m/100ft), and got my advanced certification!  We got up at 5:30am each morning and were in the water by 6:00.  Sounded scary at first but I loved it after the first day!  The GBR is definitely not one of those tourist attractions that ends up being overrated: I saw sea turtles, sharks, sting rays, barracudas, and of course, Nemo.  The couple days we were actually in the town of Cairns were beautiful.  It’s in tropical north Queensland, so even though it’s the middle of winter, it felt like Florida in July. 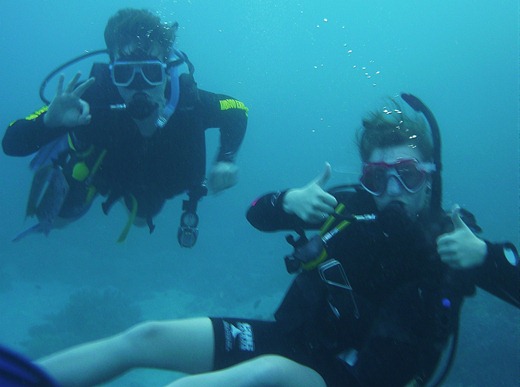 After that, I went to Brisbane – south of Cairns but still part of lovely sunny Queensland.  I didn’t get to spend too much time in the actual city, but I loved what I saw!  For most of my time there, I was out in Woodford (about an hour and a half from the city) at an aboriginal and world musical festival called The Dreaming.  My friend Colin from Geneseo has been studying abroad in Brisbane this semester and we’ve been trying to work out a visit while we’re both down here – he was volunteering at the festival and it was a perfect opportunity!  There were some ridiculously cool musical acts and it was great to relax and enjoy the festival atmosphere.  It was also awesome to reconnect with someone from home on the opposite side of the globe – Colin and I kept laughing at how we were talking about people and stories from Geneseo while sitting in a random field in the middle of eastern Australia.  A year ago, I would never have predicted that that’s what I’d be doing now. 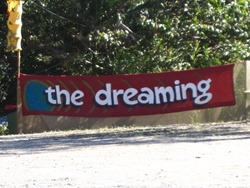 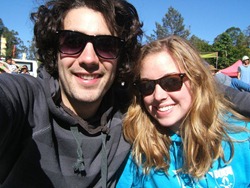 The last leg of my journey was in Sydney… but I had to get out of Brissy first, which proved to be much more problematic than you might think.  It’s a long story, but essentially I left The Dreaming, and one missed flight, six stressful hours, and a hundred dollars in airline fees later, I was in Sydney!  I had been planning to stay in a hostel but that had changed sort of last-minute when a wonderful couple I’d met on the dive trip, Doug and Diane, insisted I stay at their home on the north shore of Sydney. 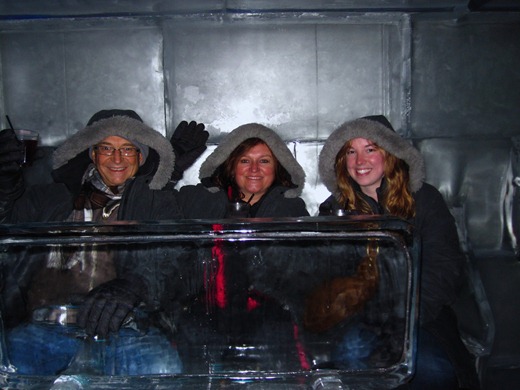 They are truly two of the most wonderful people I have ever met; it was so kind of them to take me in, and I had an amazing time seeing the city through their eyes!  In four days, we hit all the highlights – the harbour bridge, the opera house, Darling Harbour, petting koalas and kangaroos – and also did some things that only locals would know about – yum cha brunch, the ferry to Manly, the Sydney Ice Bar, and about seven million other things.  At the end of my stay with them, it was almost impossible to believe that we’d only met ten days before – I really grew to know and love them during that time! 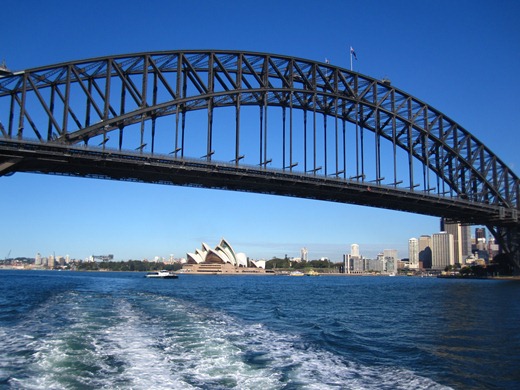 All in all, it was a surreal trip.  I was honestly worried after the dive trip that nothing could top it… I felt the same after the music festival, and then my time in Sydney turned out equally amazing.  I met so many great people along the way and had so many different experiences in each place I visited (sorry for being a cornball).  I even wore my “Sweet As New Zealand” shirt and nobody threw dingo poo at me for being a Kiwi!  Really, what more can a girl ask for?

3 thoughts on “Land Down Under”