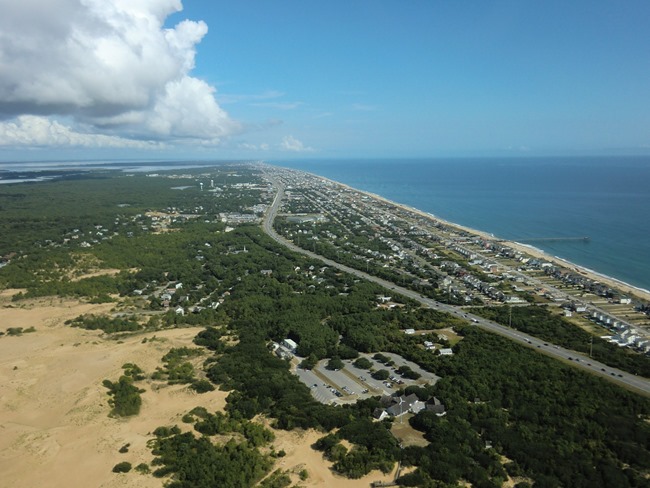 By helicopter.  No question.

On Friday, Indre and Milda were kind enough to include me in Indre’s birthday plans – a helicopter ride over the sound!  We had such a blast – it was an absolutely perfect day, and the people at Coastal Helicopters were so awesome!  Our pilot, Larry, was the bomb, and said he’d washed the helicopter specially for our trip! 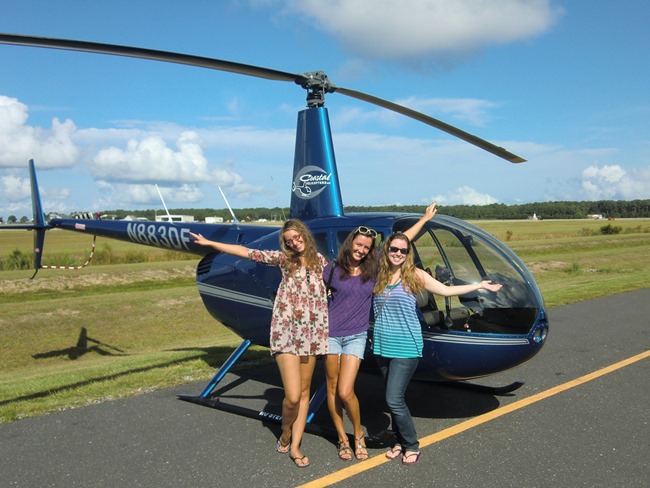 There was some obligatory cheesin’ in front of Big Blue before we flew.  Taking off in a helicopter is the coolest thing ever.  The propellers warm up for a couple minutes and then you just lift straight off the ground – no jump or engine rev or anything.  It almost seems like it shouldn’t work!

Anyway, Larry took us over the sound, over the Banks, and then out over the ocean before turning around and heading back to the airport in Manteo. 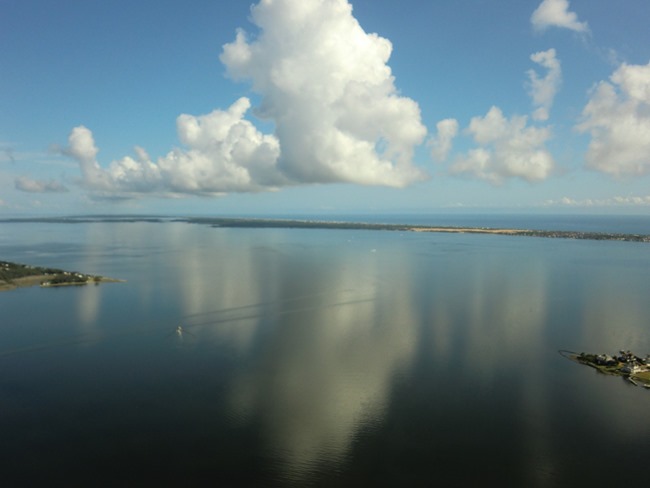 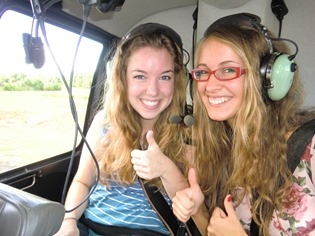 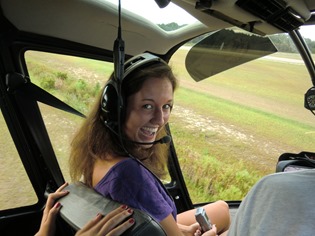 I think a helicopter ride anywhere would probably be pretty awesome, but the Outer Banks are probably cooler than most.  I don’t often appreciate how interesting it is here geographically-speaking, but this was a good way to do it!  I’m literally living on a little spit of land in the middle of the ocean with channels and inlets all over it.  How does it support all these buildings and stuff? 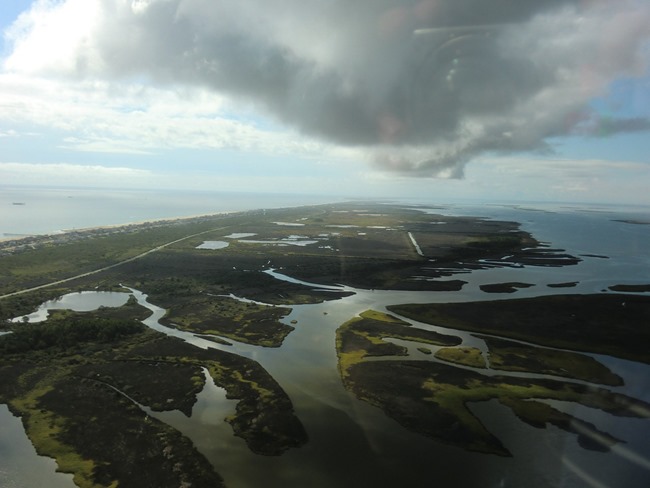 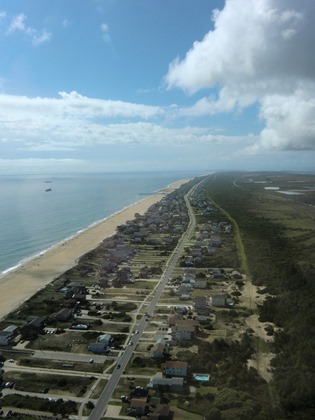 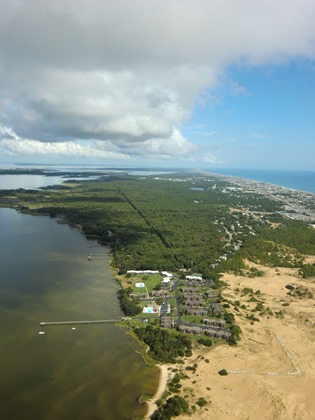 It was amazing flying over the sand dunes at Jockey’s Ridge, Nags Head Woods, the beach, and the bypass and being able to look up and down the Outer Banks for miles in each direction.

Larry also did a few chopper tricks that had us upside-down and backwards and all sorts of turned around! 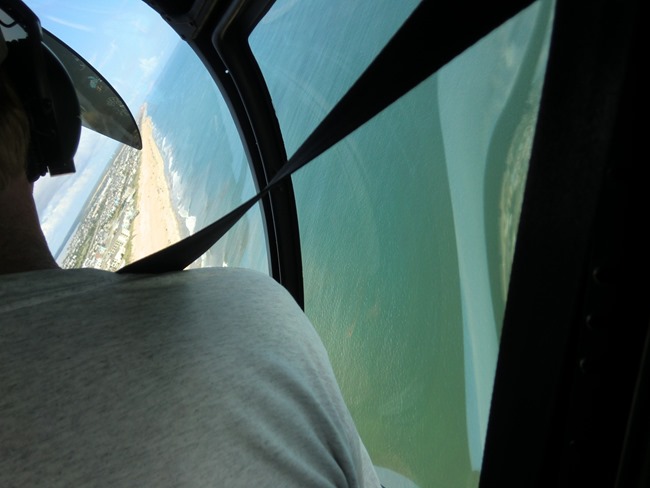 He also took us way over the ten-minute limit that the basic tour is supposed to last for, but he said he was having fun showing us around by air and chatting and so he made an exception!  He pointed out a lot of cool things to look at and had tons of interesting factoids to share with us!  We spotted schools of fish and dolphins in the ocean, a few bona fide private islands with nothing but a single house on them, and… 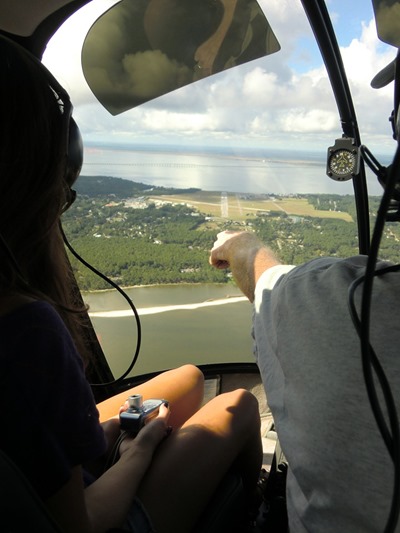 Andy Griffith’s house!!!  Larry’s pointing to it in the picture above.  I’ve actually driven past his front yard and driveway in Manteo a million times (and noticed it specifically because he has a cool little windmill by the road), but I never had any idea whose property it was!  I was definitely singing a little-a this for the rest of the morning.

It was an amazing experience and it gave me a newfound appreciation for the OBX!  It’s a pretty rad place.

On an unrelated note, interacting with Irie has become really weird since I’ve gotten hooked on Wilfred.  I keep thinking of hilarious wisecracks he could make and what he’d sound like with an Australian accent.  He just brought his favorite stuffed animal over and dropped it at my feet and I started cracking up.  If you’ve seen the show, you’ll understand.  Hysterical.