Well, we’ve made it through another hurricane season on the Outer Banks.  Not exactly in one piece, but in fewer pieces than last year… so that’s an improvement.

We definitely didn’t get hit as hard by Hurricane Sandy as everyone in the northeast, but she knocked us around pretty good.  As opposed to good ol’ Irene who hit us from the sound last year, this one got us from the beach.

Just like with Irene, we were all going stir-crazy by about the third day of inclement weather, so Sarah, Ryan, and I took a quick drive around one afternoon to check things out. 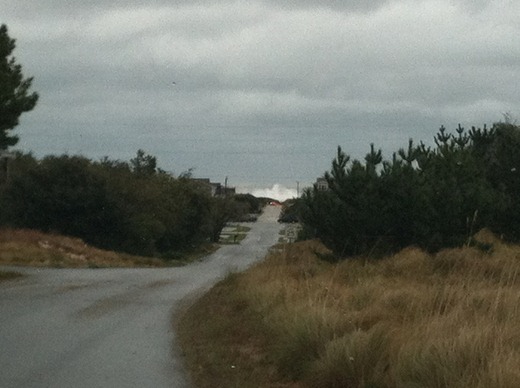 Can you see those waves?!  The ocean is not supposed to be that high.  It wiped out all the dunes that protect the beach road in Kitty Hawk, and the beach itself in some places.

It also wiped out the middle of Avalon Pier. 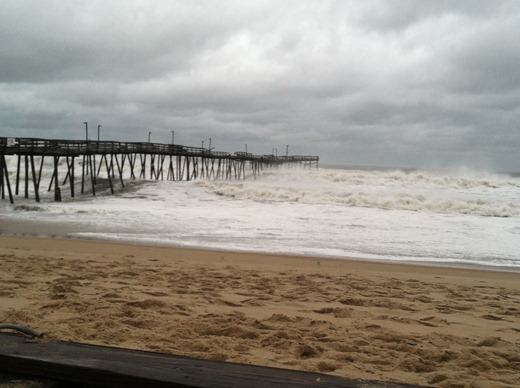 The ocean was angry.  I mean, seriously.  Poseidon was real mad about something.  And this was after the worst of it had died down!  It wasn’t raining much anymore by the third day, but the wind was still so strong that it was hard to walk in a straight line outside.  Like so: 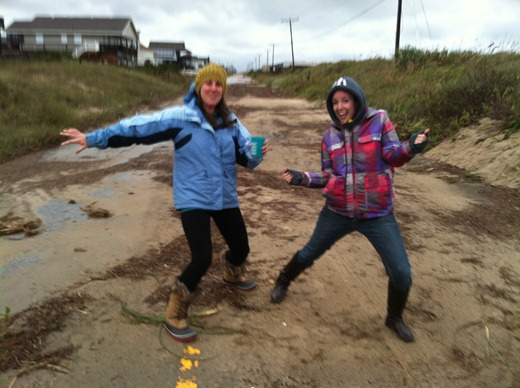 The goofy faces are slightly exaggerated, but it was actually necessary to brace ourselves like than in order to stay upright.  Ryan couldn’t even get a picture that wasn’t blurry.

And even though we didn’t get the storm surge that we did with Irene, it still sucked the sound out before flooding it back in! 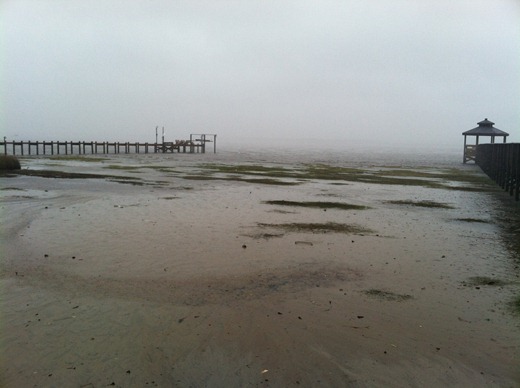 So creepy looking… like we were at the edge of the world or something.  Luckily, if I were to fall off the map, I know that my sweet brother would be looking out for me. 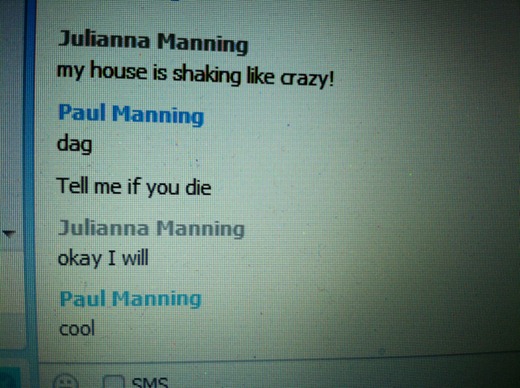 Finally, I just have to share my favorite meteorological representation of the path of Hurricane Sandy’s growth:

She was so sassy by the end!