It’s magic, friends.  I think I’ve discovered the secret to a perfectly fulfilling New Year’s Day: a super lame New Year’s Eve!  My NYE was only lame in the sense that I stayed in, decided not to go see Tim Reynolds play, and went to bed before midnight (…yep, that about covers it), but I had to work at 6am this morning.  It would have been terrible.

Anyway, I was so warm and comfy all night that I woke up this morning and felt instantly energized!  It was the best decision ever.  I had a great morning shift, I’ve been super productive all day, and I really feel like I’ve gotten a refreshing start to the year!  This may be the end of epic New Year’s Eves for me.

But let’s backtrack.  As usual, with all the anticipation that the holiday season brings, Christmas itself came and went extremely quickly.  We had an exciting visitor at the coffee shop a few days before Christmas: 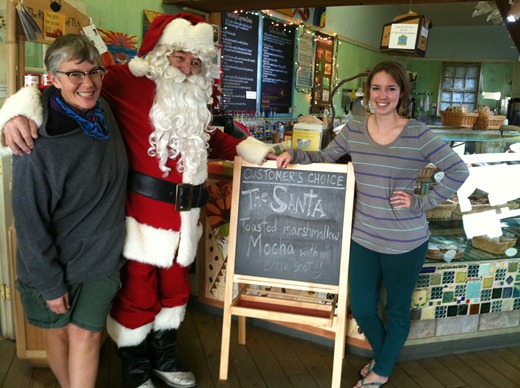 Kenny was such an awesomely convincing Santa Claus that Maria and I decided he needed some helpers, and spent Christmas Eve morning, spreading elfish holiday cheer to the greater Outer Banks. 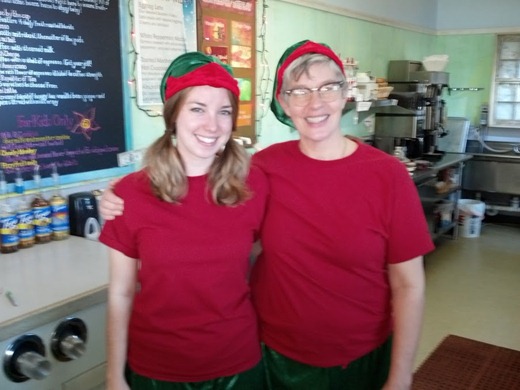 If you have to work on Christmas Eve, you might as well make it fun look ridiculous and wear men’s pajamas from Kmart, right?  I thought so.

Right after work, my brother and I (oh yeah! my brother was here!) hopped in trusty ol’ Perry, ran into Stop N Shop for sandwiches, and headed on down to Georgia.  My parents, Paul, and I spent Christmas at my grandparents’ house in Savannah, as we have every other year since I was born!  Unfortunately, I’ve somehow lost the shutterbug that I used to have and always forget to take pictures when I wish I had, so I have next to none from my few days there.

But look at how cute my grandparents / two most faithful readers are! 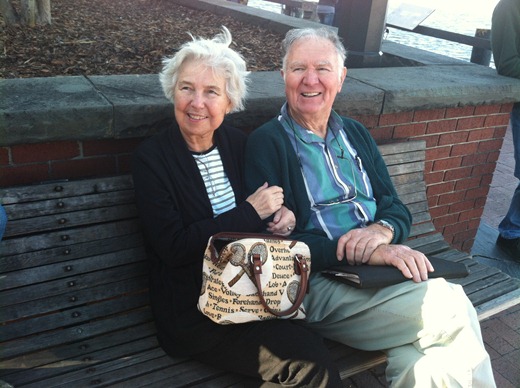 That was the day that we walked along River Street, one of my favorite Savannah traditions.  We fit in a bunch of others as well, including lunch at The Crab Shack on Tybee Island, multiple stops at Cutter’s Point Coffee, and a rainy afternoon movie at Carmike.  We saw The Hobbit: An Unexpected Journey… and while I loved the movie itself, I was mostly focused on the New Zealand scenery!

Bret was Elrond’s weirdly attentive elf servant!  Even though I immediately started whispering frantically and elbowing all my family members, they didn’t believe me until we IMDb’d it afterwards.

So, it was a brief but quite enjoyable Christmas vacation in Savannah.  I love that city, and I love getting to see my family since I live so far away now. 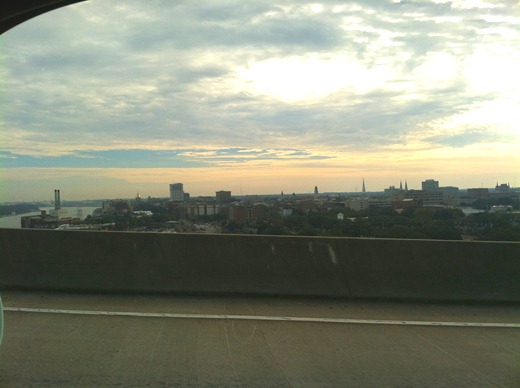 Well, that’s about it.  I’m home, almost over the terrible cold that I’ve had for a week, and ready for 2013.  I spent the afternoon making new candles out of the old candle wax that Sarah and I have been saving for months.  I made four, which is four more candles than I made last year, so we’re already setting new records.  Cheers to that!

I hope everyone else enjoyed a holiday season and is off to a great start in the new year!

4 thoughts on “Christmas Here and There”