The new year is usually thought of as a time of change.  Making resolutions, adjusting habits, moving forward… it’s all about switching things up, and that’s certainly true for my family right about now!  Over our Christmas vacation, my parents decided to move out of the house they’ve lived in for 17 years and into a new one.

I always thought I’d be much more traumatized when my parents sold the house I grew up in, but I’m not… and I probably would be if they were moving out of Rexford, but they’re not.

I’m mostly excited for them, and a little wistfully reflective.  While my parents have been in one place for a while, it feels like I’ve moved around constantly for the past few years, and I started thinking about all the different homes that have figured in my “a girl with too many homes” tagline. I don’t remember living in this house at all, but I do know that it was blue then, not green.  We moved to Vermont less than a year after I was born.  We also had our two awesome kitties, Tweeg and Fob, and some sweet boxes to play in.

Even though I was only five years old when we left, I have such vivid memories of Vermont.  It really was the perfect place to grow up.  I know it’s just because I was a little kid, but I remember Vermont as this happy little bubble that my family was in, where my dad would take me on hikes every day after work and my mom would put on the Dancin’ Magic CD for Paul and I to bop around the living room to every single Saturday morning. 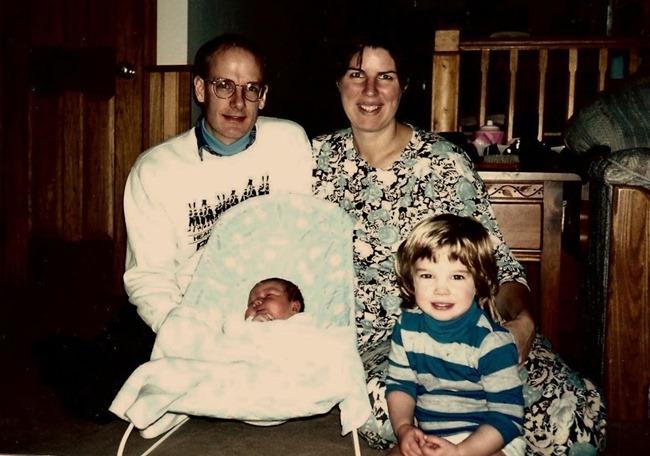 Maybe I was just so happy because I was busy sportin’ a turtleneck and baby mullet. 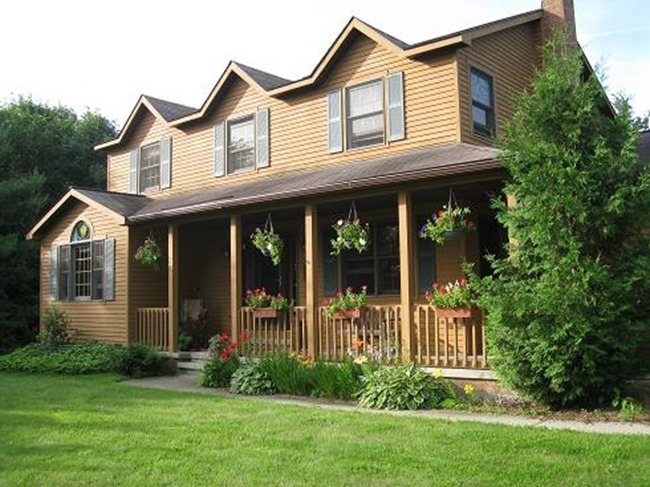 I wrote 2007 because that’s the year I went away to college, but I still completely consider this “home.”  When I was in elementary school, I really wished that my family lived in a neighborhood development so I could be near my friends, and when I was in middle school I daydreamed about our neighbors with a gigantic house asking us to switch with them… but I love this house.  My friends love this house, too – mostly the twisty staircase and the rec room basement – all through high school, my house was the place that everyone always ended up hanging out. 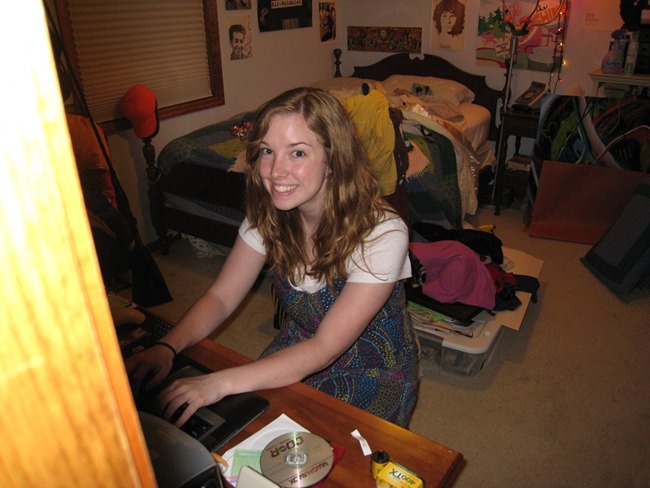 I love my room at home, too.  It was always colorful and usually messy, but it was so comfortable and it was really my space.  I had photos, art projects, and classic rock posters papering the walls (because I was cool and retro, obv).  I had sleepovers and birthday parties in this house, family holiday parties and dinners in this house, and got ready for junior prom in this house.  It holds a lot of good memories. 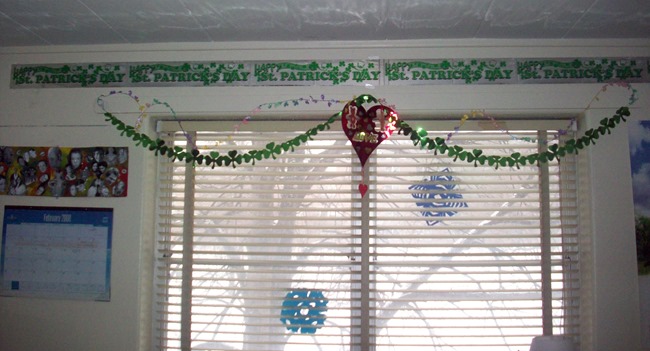 This was my first time living away from home.  My mom was extremely worried that my dorm room would be a pigsty (like my room at home usually was during high school) and that my new roommate would get fed up with me.  Carly and I met through the Geneseo Class of 2011 Facebook group (and not on eHarmony, as many of my family members like to say) and had a lot of our room planned out before we even got there.  We were going for “a very colorful, organized jungle,” which is pretty much exactly how it turned out.  1A314 was comfortable, full, and a perfect mishmosh of Carly and I.  We had decorations for every major holiday up all year long and an awesome Mary-Kate and Ashley rug, and there were always fun things going on. 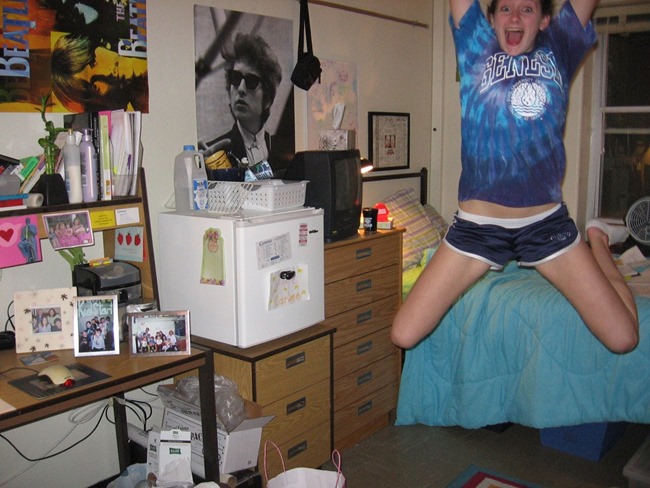 Some of my favorite memories of this room are the nights of Enrique dance parties, and coming back from class on Friday afternoons to find Jon Hoose laying on my bed, eating my homemade granola out of the jar and watching America’s Next Top Model.  Even though I had a lot to learn about living on my own and with a roommate, I had the best freshman year I could have ever imagined.  There are still days where I wish I could be back in this room with Carly, snuggled in our beds with the blinds pulled down and napping for hours in our “cave.” 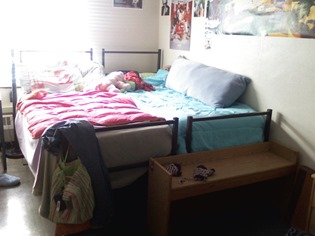 My time in this room was interesting, to say the least.  The first semester may not have been my most enjoyable at Geneseo, but looking back, I really grew up a lot from having gone through it.  And hey, what college student’s experience is complete without a wacky roommate story?  Second semester was much better – the gigantic bed, the nook (!!!), and lots of nights with my very wonderful neighbs. 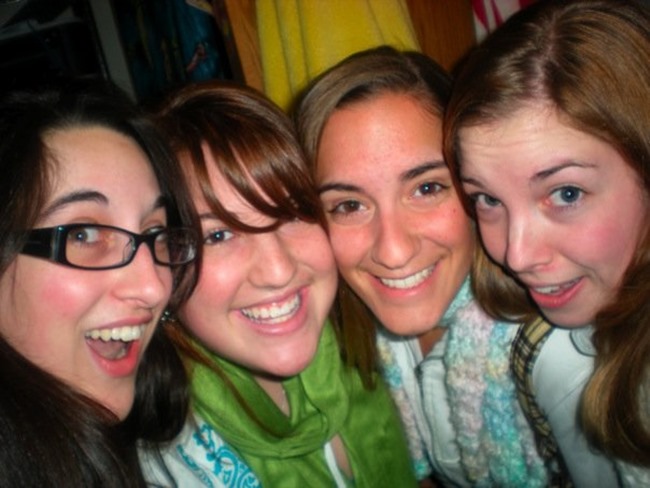 Even though A106 was technically my room, A104 and A106 were really treated as one giant conjoined room that Sam, Bri, Katie, and I all shared.

Sometimes I almost forget about this suite when I think back on college.  Kate and I had been close friends since the first week of freshman year, and by junior year, all five of us were friends and chose to be suitemates.  It was really busy and none of us spent too much time there – it was my first semester as an RA, Drea and I were finishing our requirements to study abroad, and we were all prepping for the GREs or other tests. The semester may have been a whirlwind, but it was a good one. 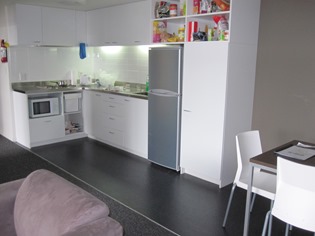 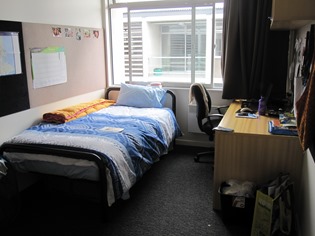 Oh, how I still long for O-119!  I LOVED this place.  It was a great little flat with a perfect kitchen and living room for hanging out (and Gumping) all together, but we each still got our own spacious bedroom and super comfy bed.  Oh, and by “we” I mean my four flatmates and I, who were assigned completely randomly to each other and ended up being the best of friends. 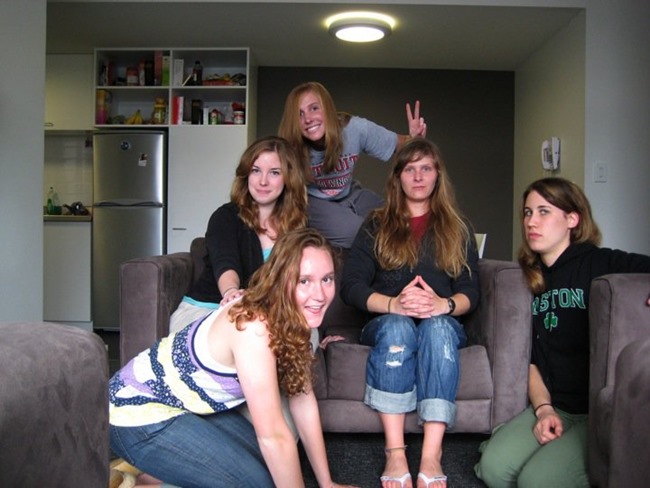 Chilled-out movie nights, crazy dance parties, international girls’ night dinners, Scrumpy hands… there was always something fun going down in this flat.  I miss it so much! 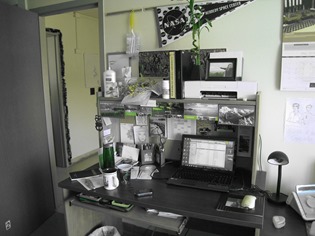 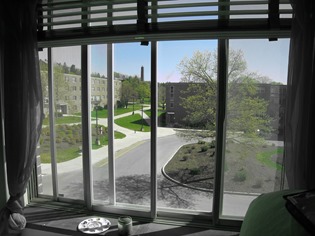 It’s strange to me to remember how bummed I was when I first moved in to Allegany – all I wanted was to be back in NZ – because in the end, I loved it so, so much.  We scrapped a lot of random stuff together to furnish the common room… most notably the cheap Walmart futon that we all lived on and the lighthouse bookshelf, nautical barrel stool, and amazing vintage rocking chair we got from a flea market one of our first weekends at school.  Nights in were just as common as nights out because of how much fun we all had hanging out together on that futon watching Conan O’Brien or John Hughes movies. 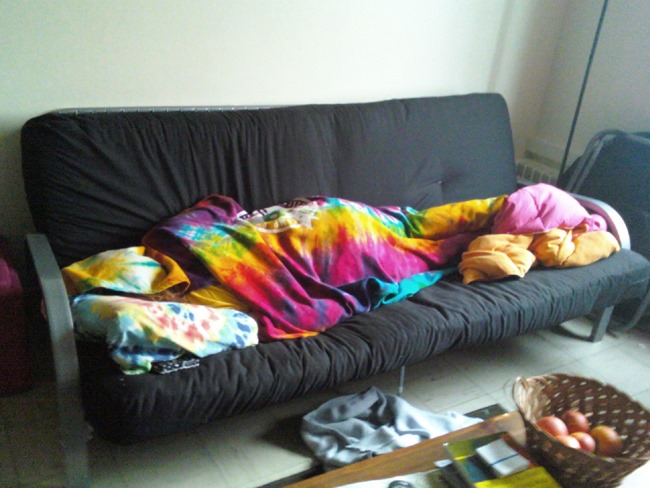 Yup, Jordan’s in there somewhere.  It was comfortable and inviting, and once again, I lucked out like crazy with my roomies.  All of my suitemates were younger than me and randomly assigned, and I was worried they’d all think of me as the lame old RA, but we ended up getting along SO well and they’re still some of my closest friends! 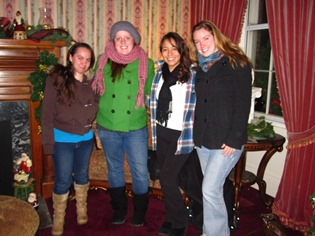 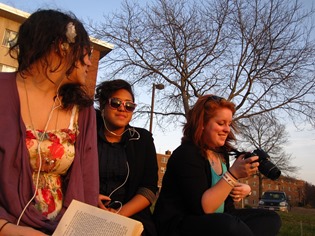 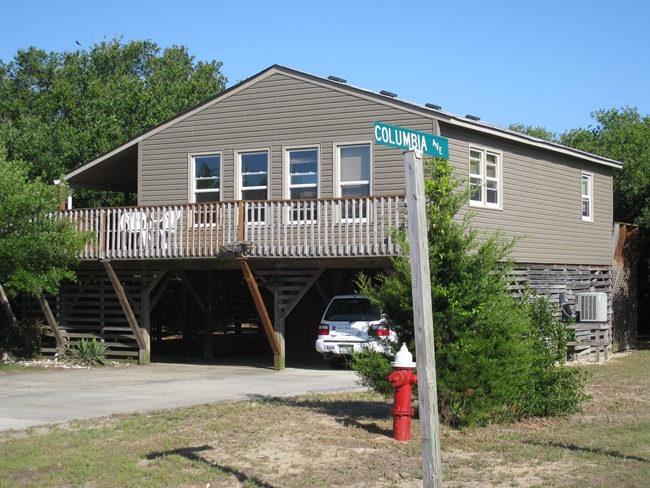 This was the first time I really lived on my own.  I moved to the Outer Banks after my sophomore year of college to spend the summer working in a coffee shop on the beach before returning to Geneseo.  I didn’t even know that I had a roommate until the morning I moved in, much less that she had a then-five-year-old daughter, so Abby and I still laugh about how unlikely it was that we’d end up being best buds. 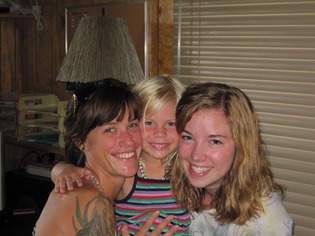 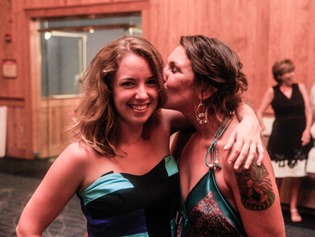 Sarah moved in after Abby moved to Asheville in May 2011, right when I moved back after graduating from college.  Again, another great and unexpected friendship… in general, I really have been crazy lucky with roommates in my life!  The place is pretty old school (read: a wood paneling bonanza), but it’s really home right now. 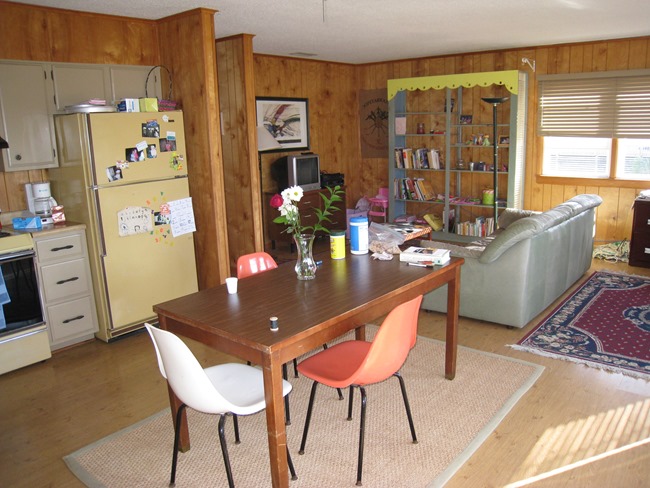 That picture is actually from when I first moved in in 2009.  Thankfully, we’ve since traded in the mustard-colored appliances, little table and space chairs, and funny gray couch.  Actually, Sarah and I have really done a lot to make it feel like ours.

Well, for me, I’m staying put  in my home on the Outer Banks until I set off on the whole grad school adventure.  It’s between New York, London, Boston, San Francisco, and New Zealand… so yeah, no idea.

More importantly, for my parents, it’s this place: 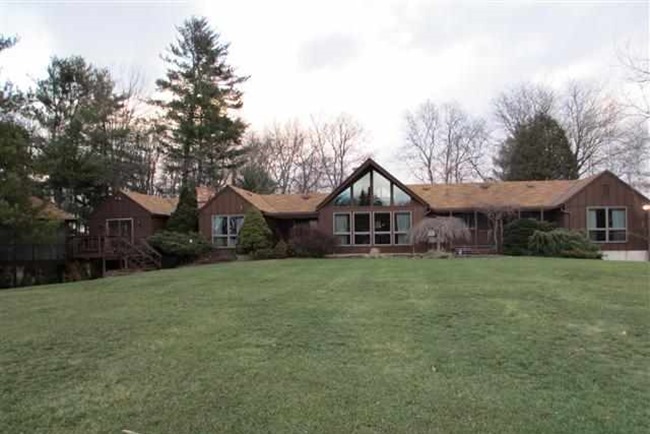 A new home to make their own!  I’m so excited for you, Mum and Dad!

What I noticed while I was writing this blog post is that I continually veered off into writing about who I was living with, as opposed to the place I was living itself.  It’s by no means an original thought, and certainly a bit Hallmark-y, but the places I’ve called home in my life have really been defined by who I was with instead of where I was.  That’s why I know my parents’ new house will eventually be as much of a home as our old one is, and why (provided my stellar roomie luck doesn’t run out), I know my grad school destination will be, too.