It’s officially been a week since Amity and I moved in to our flat!

The first few days in London were a bit disorienting.  Getting in to our flat was like a big sigh of relief, but pretty soon that gave way to wondering where exactly we were and what to do with our empty rooms.  Little by little, we’ve been furnishing good old Flat 12 and finding our way around our new neighborhood in a new country.  Here are some of the everyday little things in my new British life that are making me smile: 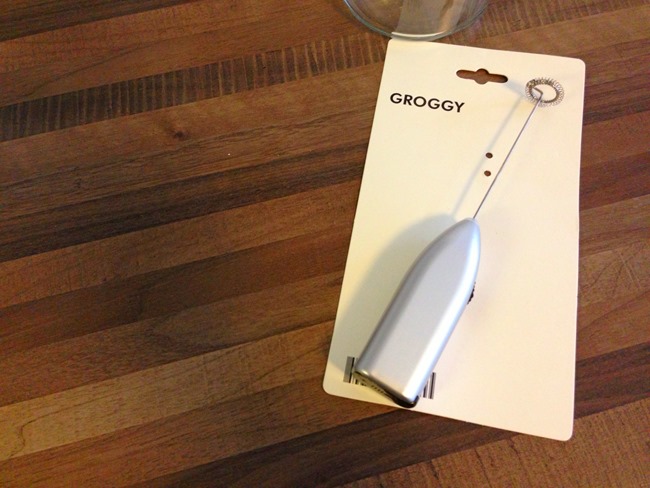 Okay, I’m jumping the gun to say that I love this guy, because I’ve forgotten to get batteries for him yet.  So I haven’t actually frothed any milk.  But I’m quite sure that he’ll do the job admirably once he’s powered up, and I can’t wait to have “fuzzy coffee,” as my mom calls it!  Also, I think it’s funny that his name is Groggy. 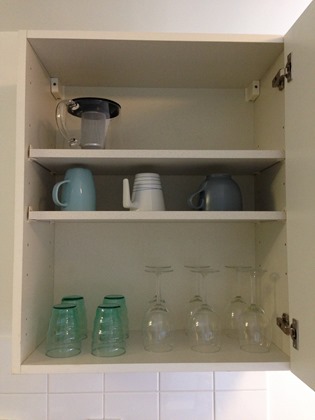 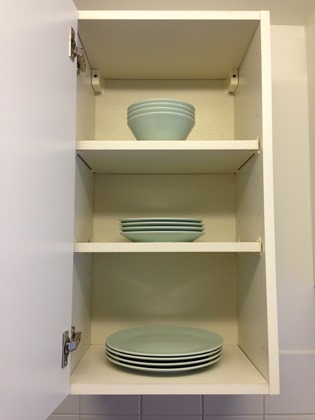 It’s a little sparse at this point.  Our kitchen came unfurnished except for appliances (or whitegoods, as they call them here!).  However, a few trips to IKEA and it’s coming along.  Amity and I are unreasonably enamored with our mint green dishes, and I think our motley crew of glasses and mugs just looks charming in the cupboard.  Speaking of that, let’s have a quick moment of silence for the teal water glass (bottom left) that I broke while jumping off my desk to swat a giant mosquito from the ceiling.  All in the name of safe sleeping, folks. 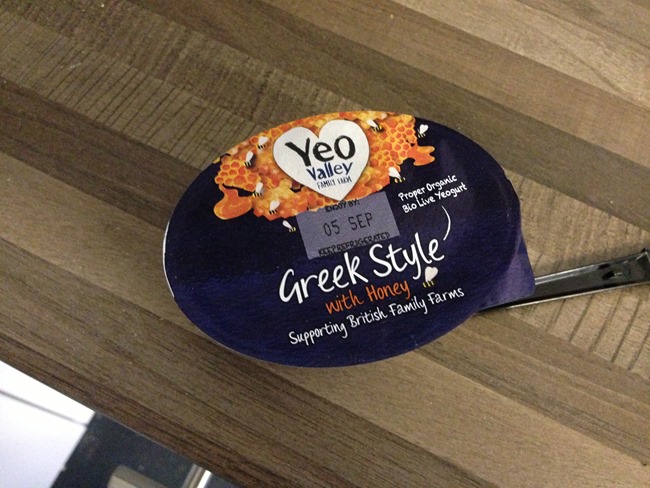 Dairy is so different here.  There’s no half&half (Brits stick to milk OR cream – none of that waffling in the middle nonsense).  Milk is skimmed, semi-skimmed, or whole, and cream is single or double.  Greek yogurt doesn’t appear to be as much of a thing as it is in the US.  Our little Tesco express, the mini supermarket right around the corner, doesn’t have a huge selection, so maybe I’d find more at a larger store, but I did happen upon this “proper organic bio live yogurt” which is absolutely heavenly.  It tastes like the actual yogurt version of Surfin’ Spoon’s Honey Vanilla Greek flavor, which is ridiculously incredible.  I’ve been having it with cereal and blueberries almost every morning. 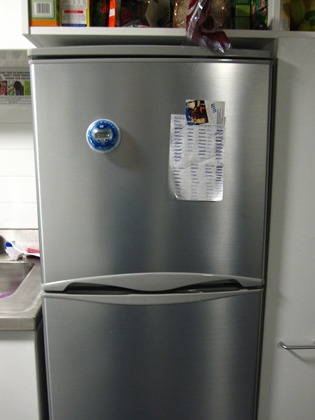 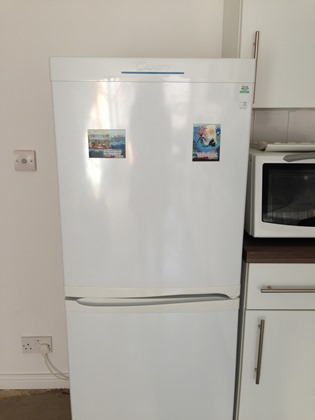 On the left, meet Mr. Fridge Face, the frosty friend of Flat O119 in Christchurch, New Zealand.  This guy brought us endless amusement with his goofy expression, and my flatmates and I can generally still be found doing “the fridge face” whenever we Skype with one another.  It’s a sight to behold, I assure you.  On the right, the dashing gentleman in white is our as-yet-unnamed refrigerator in Flat 12, London, England.  I mean, I get that the magnets-as-eyes really add to the illusion, but it’s hilarious either way. 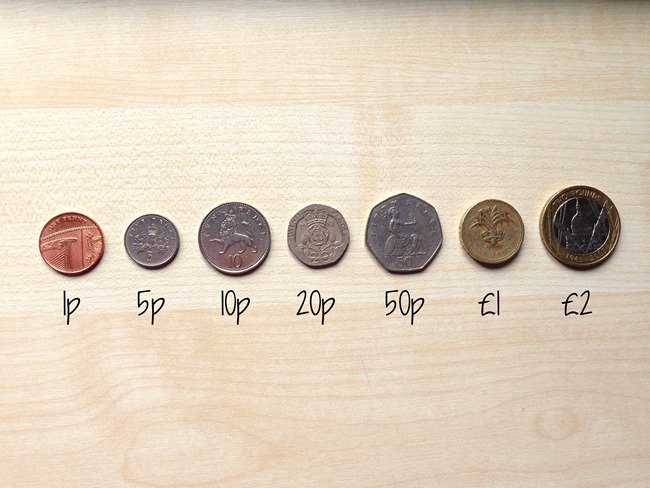 I actually had to line all the coins up like this the other day to figure them out once and for all (the notes [bills] are easy enough).  I love that they have one-pound and two-pound coins, like they did in NZ dollars.  The thing that was throwing me off was that the five pence coin looks exactly like a US dime.  I had more than a couple of awkward cash register moments in my first week here.  “Five pounds ten.”  “Here you go!”  “…five pounds TEN, miss.”  “Oh, sorry… um… this one?” 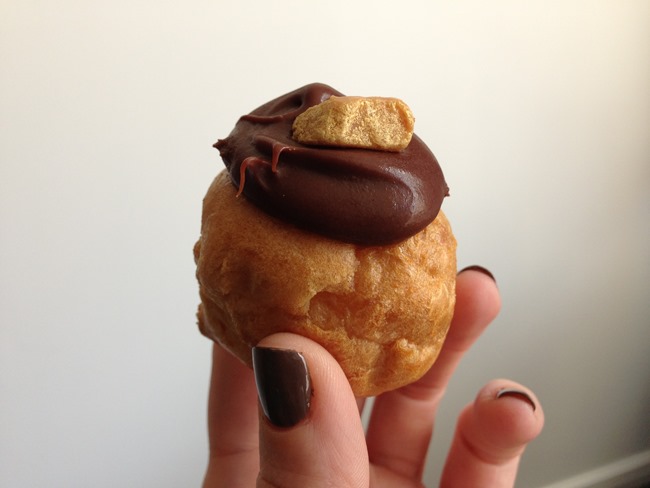 Finally, I know what these things are!  I always wondered what Jemaine meant when he said “Could’ve said something nice about my profiteroles.”  Actually, I used to think he was saying “professor rolls.”  And yes, I talk about Flight of the Conchords a lot.  Anyway, profiteroles are basically magical, magical cream puffs.  These ones were inexplicably called Billionaires Profiteroles.  I’m not sure why, but I suspect it might be because of the nugget of pure gold on top of each one.  Just kidding, that was spongy weird stuff, like hokey pokey gone stale or something.  Still yummy.

So that’s it!  No big adventures today.  No grand tours or mountain climbing or sightseeing at the mo – just a collection of the little things in life that are making me happy and making London feel a little more like home each day.

What are you loving lately?

2 thoughts on “Life in London: Seven Days In”