In my memory, I always find that certain events and time periods are tied inextricably to random yet related things like sights, sounds, and smells.  For example, there’s this weird paper-y smell that always makes me think of Savannah because of the trees there.  And I’ll always remember that the first time I learned the word “farce” was while watching The Village (and the movie just went downhill from there).  Music is like that, and for some reason, each summer seems to end up with its own soundtrack because of the songs I was into for those few months.

I was thinking about this today while I was driving down to Nags Head this afternoon, because a song came on my iPod that – while it was certainly linked with summer on the OBX in my memory – was definitely a last summer song, and all of a sudden it was a year ago again!  I thought it would be fun to make a compilation of the soundtracks to all of my OBX summers so far – these songs are ones that play constantly on satellite radio at work, that I get on mix CDs from friends (my favorite!  I love mix CDs), or that I just get particularly into listening to on repeat.

I like having these songs all in one place.  Some are slow and some are upbeat, but they all have that distinct summery feeling for me – I’ll be making good use of this new full playlist next time I’m at the beach!
This afternoon, I watched Townes for a few hours after work.  He was exhausted from being at skate & skim camp all morning, so we decided to take it easy and watch Troy, which Paul and Suz lent me last week.  I’d never seen it before – I remember really wanting to go when it came out, but I just never got around to it.

Even though I knew the historical basics, it was tough to keep up with who was who when they were switching storylines constantly – plus, I kept getting distracted by all the epic action scenes and… appealing visuals.  Anyway, the hilarious part was that Townes had to keep explaining things to me:

“No, Julie, that’s Agamemnon.  Helen was married to his brother, not him.”
“Those aren’t the Greeks, those are the Trojans.  Paris is the prince!”
“No, Achilles is with Sparta, but he just fights for whoever he feels like.”

Sometimes I seriously can’t believe this kid is six years old.  With Townes’ help, I followed the plot (even though we both fell asleep in the middle), and thought it was a really awesome movie, if a bit long.

Now I’m, as usual, relaxing on the couch and watching Man Vs. Wild – Bear Grylls is on the South Island of New Zealand!!  Thanks for the tip, Dad!  I spent the couple hours before this out on the deck with a book, a beer, and a view.  Good sunset, good night. 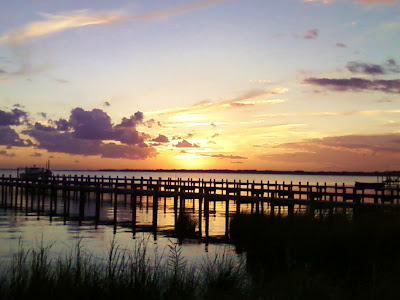 Katie, Emilei and I came up with an exceptionally great playlist for our radio show today, if I do say so myself.  It was pretty spontaneous; we just kept flicking through our iPods and coming up with a new song on the spot, but somehow we ended up with a really nice, mellow batch of music that blended very well!  It was “The P Show” so all of our songs or artists had to feature the letter P.  Enjoy at your leisure:

1.  “Passing By” – Zero 7
2.  “Penelope” – Pinback
3.  “Penny Lane” – The Beatles
4.  “Pink Bullets” – The Shins
5.  “Perhaps, Perhaps, Perhaps” – Cake
6.  “The Predatory Wasp…” – Sufjan Stevens
7.  “Piano Man” – Billy Joel
8.  “The Prince of Parties” – Flight of the Conchords
9.  “Pickerel Lake” – Sufjan Stevens
10.  “Where Do You Go To (My Lovely)” – Peter Sarstedt
11.  “Pledging My Time” – Bob Dylan
12.  “Guelah Papyrus” – Phish
13.  “Everybody, Come Outside!” – Pomegranates
As you can see, a few songs earned us double or even triple “P” points!  It was a lovely hour of music that for some reason made me feel sort of summery, even though it was chilly and damp outside!  In less satisfying news, I just sat down to turn on The Office, but it’s a rerun!  I miss the days when TV shows were actually new every week.  Isn’t that how it’s supposed to be?  Granted, I don’t actually know what I’m talking about when I say this, but I feel like it shouldn’t be that hard to put together a new episode for every week… or they should at least plan ahead to be able to do so.  Disgruntled, errr.  Oh well, I will sit here and laugh at this rerun while enjoying some broccoli and roasted garlic hummus!  This hummus is so delicious that I’ve been using it to make myself eat all manner of things I normally avoid: raw broccoli, raw carrots, even celery which I HATE.  I think I would literally eat anything as long as it was covered in roasted garlic hummus.  But perhaps that’s just an invite for an unwanted challenge…

This makes me happy.  The world is beautiful.