Last week, I spent three days with my little cousin Townes while his parents were away.  Despite all the babysitting I’ve done in my life, it was very odd to essentially have a seven-year-old child for almost half of the week.  We found ways to keep busy, though.

There was a lot of playing outside: 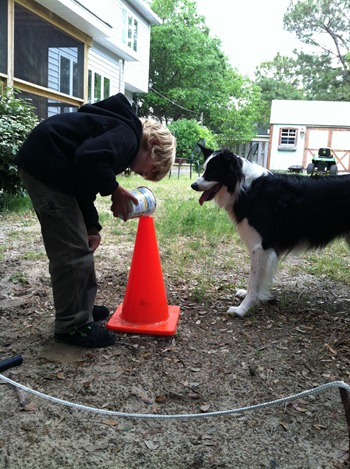 A lot of Mr. Bean and Mexican food (that odd-looking pile of food on my plate actually became a rather delicious tofu burrito once it was rolled up… and wow, I definitely never thought I’d eat things like tofu burritos.): 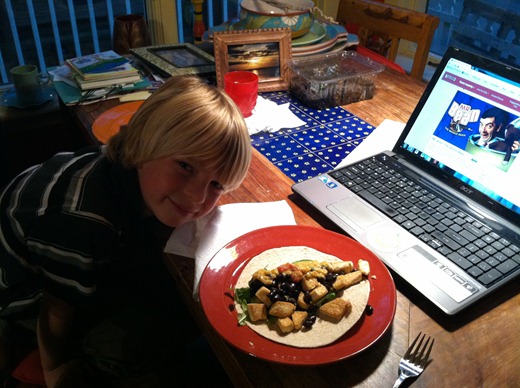 A real lot of Mexican food (this burrito was well-deserved after taekwondo practice): 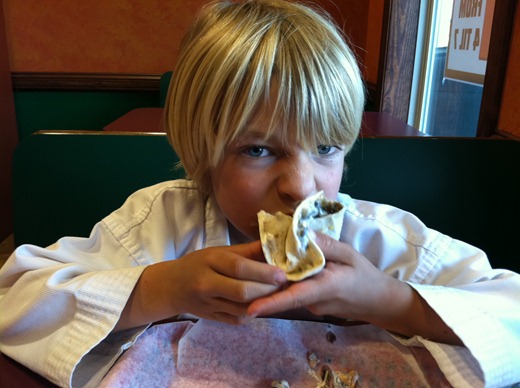 And a lot of Elton John.

Apparently, Townes found “Goodbye, Yellow Brick Road” on vinyl in the attic a few weeks ago and has been obsessed with E.J. ever since.  Well, hey, I’ve been known to proclaim that Elton John is my best friend, so I could jive with that.

You know that scene from 27 Dresses where they dance on the bar singing “Bennie and the Jets”?  That happened.  He got a little camera-shy when I whipped my phone out, but wait for it – he gets funky towards the end. 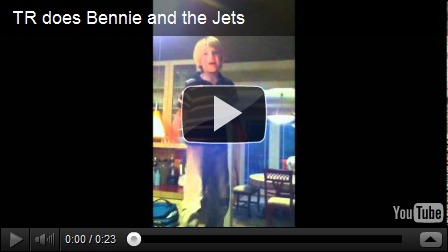 Yes, I let him dance on the counters in and effort to cement my reputation as the coolest older cousin.

When I put him on the school bus on our last morning together and watched it drive away, I had a little moment of satisfaction that all his homework was done, he’d been consistently fed and watered, he made it to TKD and art class prepared, he went to bed and got up on time, and we’d had fun to boot.  I was giving myself a little mental pat on the back for being such a functional pseudo-parent for three days… and then I realized I hadn’t made him take a bath.  Not once.  Oops.

Well, something was bound to slip through the cracks, and needless to say, I’m not having kids anytime soon.  They’d be really happy, but really dirty.  So no worries there.  I’m better at the cousin thing anyway. 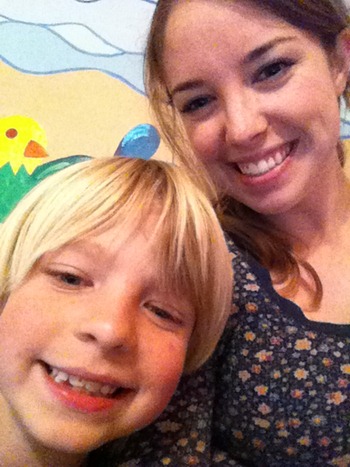 P.S.  For those of you who remember the “TR Quote of the Day” segment from all my sailing trip blog posts last fall and are hoping for some more nuggets of hilarious wisdom from the little dude, I must sorely disappoint you.  There were a ton of them, but I didn’t write any of them down and now naturally cannot remember them.  Curse the useless information that fills up my brain and crowds other things out.

2 thoughts on “Bennie and the Jets”