This post could be about a few different things.  If it was called The Inbetweeners, it could be about my favorite British television obsession from last winter (besides Sherlock… and Downton Abbey… wait, I can’t really narrow it down).

If it was called The Inn-Between, it could be about the iconic Geneseo bar-in-a-barn that makes no sense to anybody who hasn’t been there, and to many people who have. 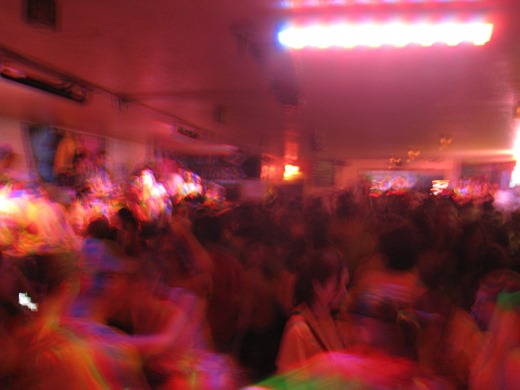 (This is an accurate representation.  Oh, the IB.)

But it’s called The In-Between, and it’s about home.  Technically, I have a lot of homes now (hello, blog tagline).  Places where I’ve moved and stayed and eventually left again, perhaps with a little bit more or a little bit less of myself than when I arrived.  But right now, I mean HOME home. 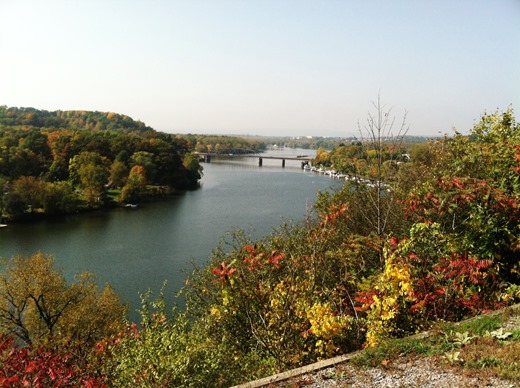 That’s Rexford.  What brought on this little bout of 518-homesickness?  These guys did, of course.

Oh, you didn’t know I grew up with Ryan Gosling and Bradley Cooper?  I didn’t.  Rats.  But they DID just film an entire movie in and around the exact area I grew up in.  The Place Beyond the Pines was completely shot and set in Schenectady, New York, and a few other parts of the Capital District.

It wasn’t showing anywhere on the Outer Banks, so on a whim, I went up to Virginia Beach last week to see it by myself.  First of all, Abby introduced me to going to movies alone and it is AWESOME, and second of all, I knew it would be really annoying for anyone I went to see it with if I kept whispering, “That’s my bank!  I know that street!  I went to high school with her!”

As a side note, I didn’t realize until I got there that the theater I’d set my course for was Beach Movie Bistro, a dine-in movie theater restaurant.  It was so great.  The seats were gigantic, everyone had their own table, and a man named Barry brought me pizza during the previews.  Score.

Anyway, in an odd twist, the pre-movie entertainment was about base jumping in New Zealand. 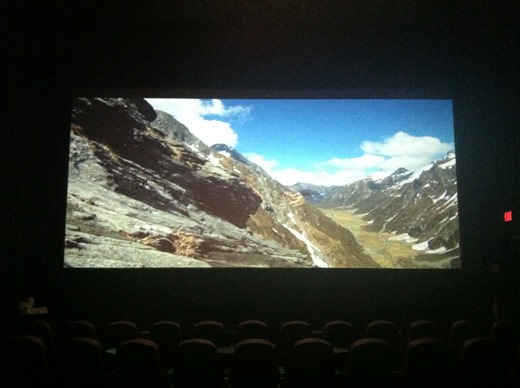 That is Mt. Cook valley, and the view is almost identical to those from my tramping trip there!  Crazy.  The next segment was about this guy named Steve Fisher, an extreme kayaker and one of National Geographic’s 2013 Adventurers of the Year (man, I’d like to win that prize).  I honestly was paying more attention to my pizza during this, but he caught my attention at one point by saying, “My life has shown me many places that tempt me to stay… but even so, there are always new challenges to take on.” 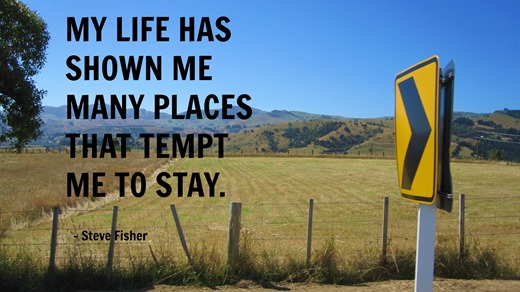 Whoa.  That resonated with me, for some obvious and not-so-obvious reasons.  I’m not an extreme kayaker, so I probably don’t think of everything quite as intensely – but still, I wanted to give Steve Fisher a big “I feel ya, man” on this one.

That all may sound unrelated to the ramblings I began this post with, but it’s all to say that I was in a weird, wistful mood before the movie even began.  And then the movie itself was like driving around my hometown for a couple of hours, albeit with two really good-looking actors running around and a bunch of people shooting guns.

Altamont Fairgrounds, where my friends and I used to go for music festivals.  State Street.  Vale Cemetery.  The GE building where my mom worked for most of my childhood.  The 1st National Bank of Scotia.  Story Avenue in Niskayuna.  I had a couple of high school friends who were visible extras in the movie.  They even used our actual newspapers and television anchors instead of creating fake ones or hiring actors.  At times I actually had to remind myself to look at what Ryan Gosling was doing because I was too focused on the scenery – really??

Unlike the countless movies set in New York City or LA, this movie will not make you say, “I wish I lived there!”  Schenectady is not glamorous.  It’s real.  It’s just a normal town in upstate New York that’s had golden ages and crappy periods and is surrounded by a bunch of other even littler towns that are just keepin’ on.  But it’s green and beautiful in the summer, and there are drive-in country ice cream places EVERYWHERE, and apparently it’s kinda easy to rob banks.  It’s where I grew up, and I know it, and I love it.  I never got as burned-out on living in suburbia as some of my friends did in high school (maybe because I lived “over the bridge” and got to escape back to Rexford after school), but I’ve grown to appreciate my roots even more since moving away.  Isn’t that how it goes?

So why “The In-Between?”  I intentionally planned to go back home to NY for over a month between leaving the Outer Banks and going to London.  I want to spend time with my family and friends, and just enjoy the area again, before moving halfway around the world.  But ever since I’ve started making concrete plans for the fall, like deciding on housing and booking plane tickets, I’ve gotten wrapped up in London daydreams.

Don’t get me wrong, this is a good thing.  I’m glad that I’m so excited for grad school, and for moving somewhere new.  It makes me sure that this is the right decision.  However, it’s also made me sort of forget about my in-between time.

It was unexpected, but The Place Beyond the Pines reminded me to look forward to the in-between, my five whole weeks of 518, after I leave another place that I love but before I set out on my next big adventure.  Because I’ll be home.  Unfortunately without Bradley Cooper.

Has anything ever made you unexpectedly miss home?

6 thoughts on “The In-Between”