Covent Garden, how do I love thee?  Let me count the ways!

Well anyway, Covent Garden is a little area in London right on the outskirts of the West End.  It has a big open air market in the middle, and all the shops and boutiques you could ever imagine packing the side streets, so it tends to be tourist central in the summer.  On a weekday in October though, it’s not so bad.

It’s also barely a ten minute walk from LSE, so during a long break between classes last week, I took a walk over to see what all the fuss is about.  And let me tell you, the fuss is about a LOT.  Covent Garden is wonderful. 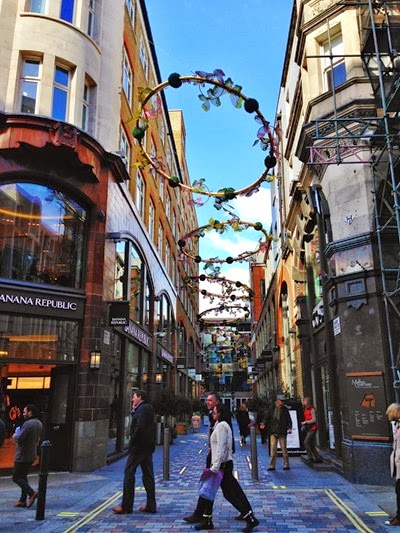 First of all, it’s lovely.  The streets are narrow, but but sunny and clean and decorated year round.  Second of all, you come across another exciting little nook and cranny every time you turn a corner.  My favorite nook of the day was Stanford. 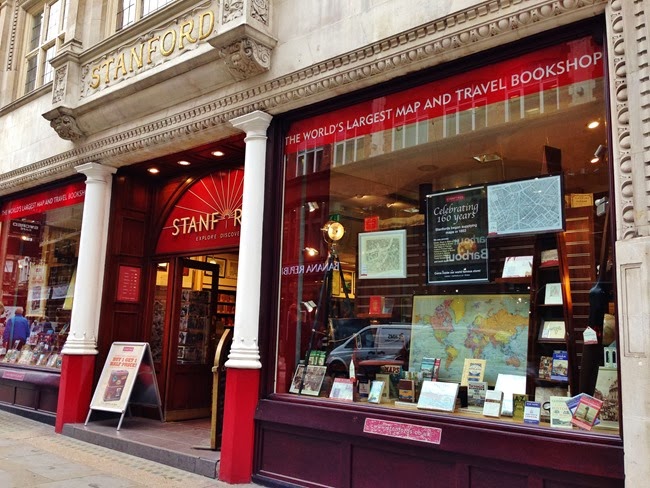 I walked in to discover not only maps in the window, but maps EVERYWHERE.  Most notably, on the floor. 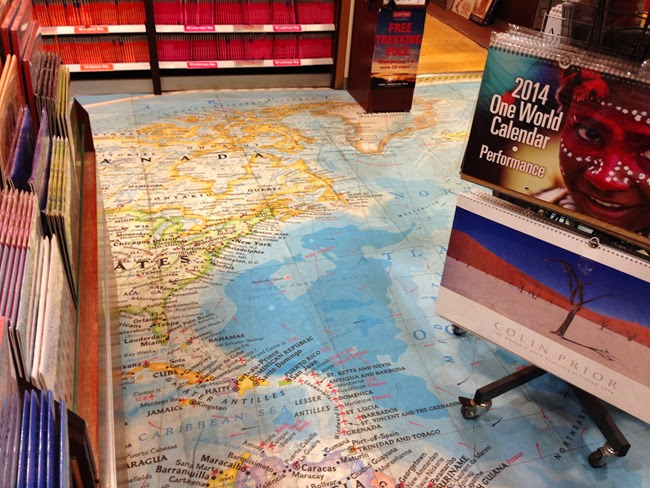 There were also not only maps and books of maps, but books about travel, books about culture, books about language and photography and gastronomy and everything about the world you could possibly think of.  The books were crammed on to shelves and stacked on tables and even spilling over on to the floor.  There were just so many! 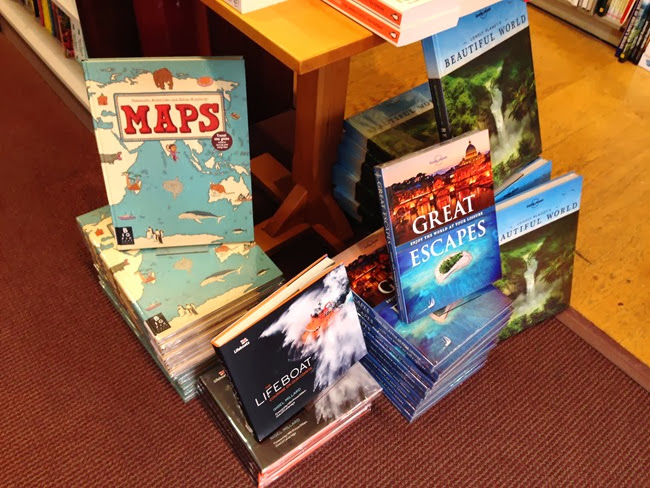 The main floor was full of everything.  History by country.  Travel fiction.  Big glossy coffee table books of NatGeo-type photos.  I was only saved from buying everything by the fact that I could never have decided on buying anything at all!  It was so overwhelming.  I mean, there was an entire section devoted to books about pubs.  Pubs! 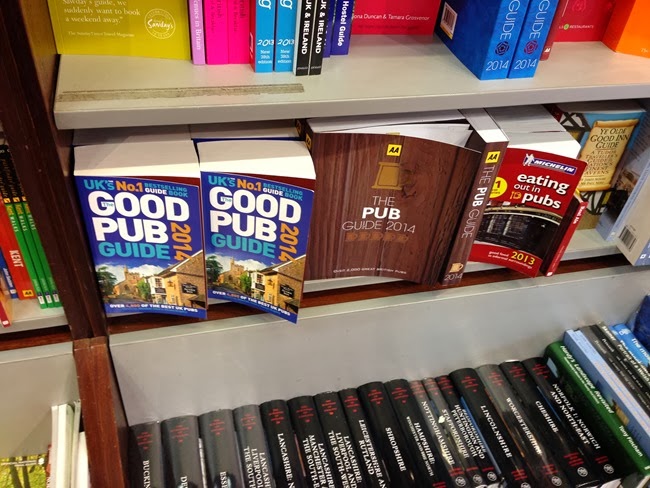 Anyway, I decided that this excursion was probably best restrained to browsing, so I snuck down the corner staircase in the back to a floor solely devoted to atlases, maps, and guidebooks.

The floor map had zoomed in down here.  (Side note: those trunks!  They’re so cool!) 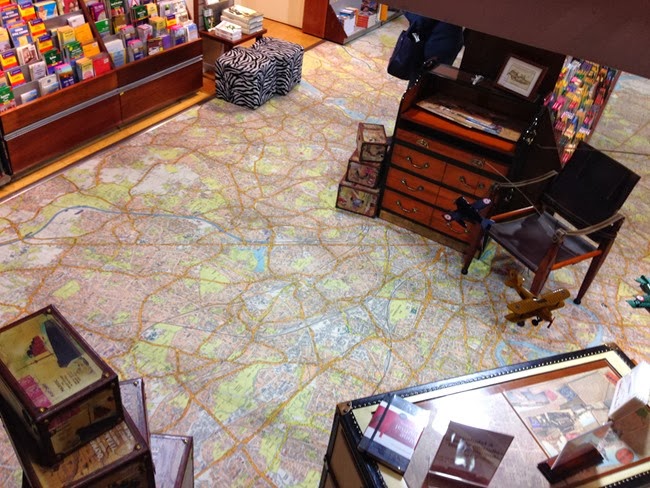 I made my way around the entire perimeter of the room, picking up books at random and not even sure what I was looking for.  I had to flip through a guidebook of the Coastal Carolinas and pick out Kill Devil Hills on the map, and was so excited to see Chip’s and the Brewing Station specifically marked!

There’s something so funny about realizing that theoretically, anyone in London could pick up this book and read about my favorite OBX spots where I hung out all the time in my former beach life. 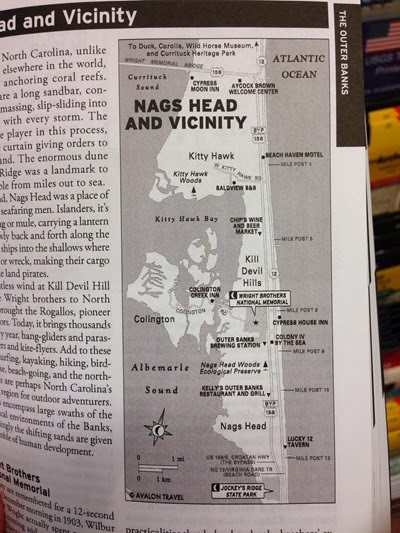 Ohhh, but wait.  I haven’t told you the best part.  I got to the very back edge of the lower floor… and saw this: 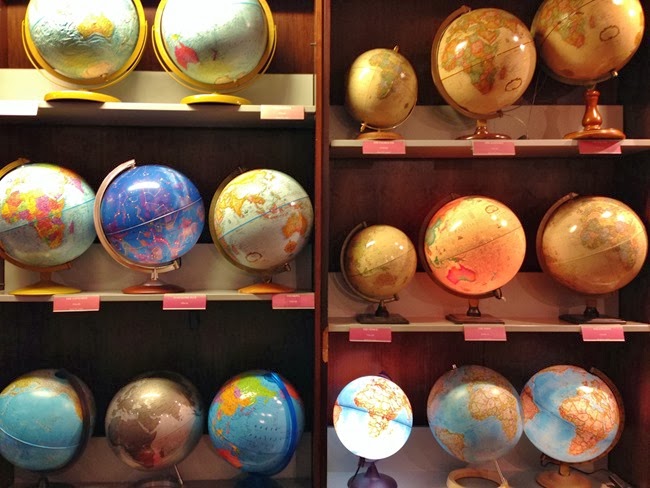 Do you know how much I wanted all of those globes?  So much.  I would build bookcases for them.  I would do it.

But I had to inevitably acknowledge that carrying them all out of the store and on the tube to go home would present certain difficulties… so alas, I am still globeless.

I also trotted up to the first floor (to the British, that’s the one above the ground floor, not the same as the ground floor) where – get this – they did custom map design.  What!!!  You could order a map of anywhere you wanted, any size, all these different styles… I also wanted all the maps, but of course I could never decide, so I also left mapless.  I would have taken a picture because the setup was really pretty cool, but there was a guy cutting maps front and center and I didn’t want to be weird (not usually a high priority in my life, but I have my moments).

On the way back downstairs, I saw this little gem: 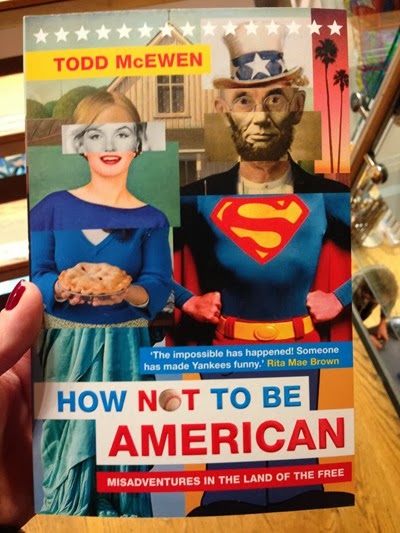 Very snarky, Brits.  Yes, despite Abby’s most fervent assertions that, “They’ll love us over there!” it appears that a certain disdain for Americans still exists in the motherland.  Actually, that book was probably really funny.  I didn’t read it.

So, mapless and globeless, I left the beautiful beautiful Stanford shoppe and trudged back to campus.  Well, it didn’t go quite like that.  I got a little lost, ended up in Chinatown, found a bubble tea place, got excited, wandered around, figured out where I was, trudged back to campus.  Still mapless and globeless, but at least not bubble tea-less!

My self-assigned mission now is to put serious thought in to my Stanford selections.  I’m determined to return and buy a book, but I want it to be a really good one.  I might even go for one of those custom maps, too, but that will take even more thought!  New Zealand?  Obvious choice.  London, to have as a memento when I leave?  It’s going to take a lot of pondering to narrow it down to one book and one map.

And obviously, I will have all the globes.

One thought on “Map Mecca”